I drop my phone at least once a day.

It’s not that I’m clumsy. I just have it within an arm’s length away from me around the clock. It’s how I communicate and stay organized. It’s where I keep my to-do list. It’s my camera and my main device for posting on social media.

It’s so important that I really can’t afford to have it break every time I drop it. That’s why a case is a necessity. If you’re looking for one or just wanting to switch (like I was), check out Urban Armor Gear’s Composite Case.

But it’s the opposite with the Composite case. It’s slim to the point that you almost feel like your phone isn’t even in a case.

As with several cases in the market, it’s difficult to press the iPhone’s buttons and especially the toggle to switch your phone to silent. With the Composite case, there aren’t any issues with plugging in the lightning charger or your headphones, pushing buttons are switching the toggle. Everything is still very much accessible.

Just because it’s super slim doesn’t mean there isn’t enough protection. Each of the four corners are padded a little more than the sides. It’s just the right amount of protection since your phone would probably hit the ground on one of the corners (if not screen first).

A big one for me. Especially since I drop mine. Like all the time.

The perimeter of the case surrounding the screen is slightly raised so you can put the phone screen down on a table and not worry about having it crack if you place it down too hard. Also, if you drop it screen first, you’ll have that extra extension to protect your phone.

If you’re like me and have your phone with you all the time, you’d actually want to have a cool looking case. The Composite case comes in several colors but the one that I liked the best was the clear design called Ice. It’s clear so you can see the original color of your phone.

There isn’t any protection for your screen. Though if you’re worried about scratching your screen, Urban Armor Gear has a screen protector which you could use along with the case.

As a former LifeProof case user, not being able to use it underwater or to go out in the rain since it’s waterproof and protects your phone all the way around. But this may be something that isn’t a con for everyone. 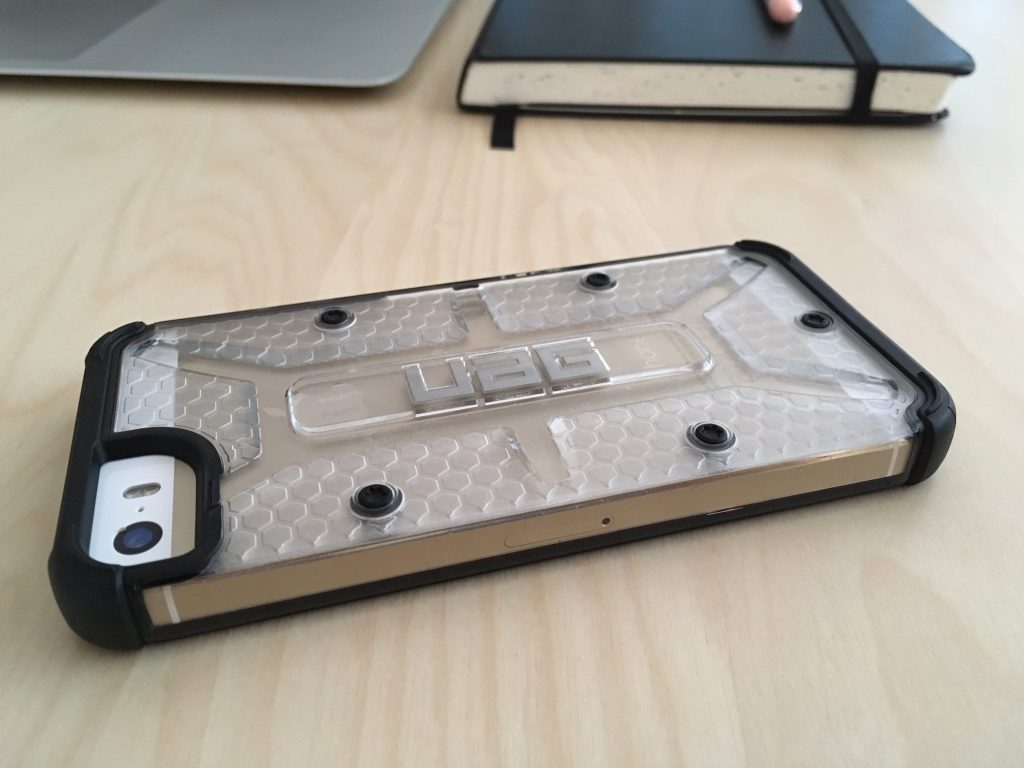 Urban Armor Gear’s Composite case is sleek, looks great and gets the job done – protects your phone! If you find yourself liking the case’s features, you can also get the same technology for other devices like MacBooks, iPads and other phone brands.

Where To Get It:

What are your thoughts on the Urban Armor Gear Composite iPhone case? Leave a comment below.

The Urban Armor Gear iPhone Case was provided for this review. As always, this review contains only my honest views and opinions.