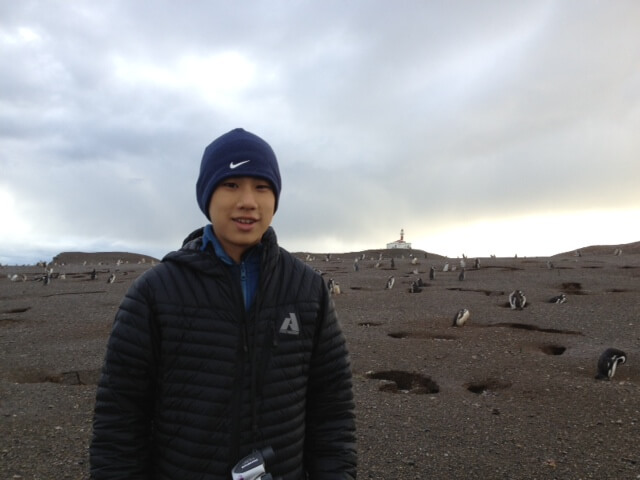 Before we left for the island my mom told me that it was going to be really cold and windy. We were going to see magellanic penguins on a remote island called Isla Magdalena, around Punta Arenas, Chile. I decided I would be fine wearing a fleece and my First Ascent down jacket over two long sleeve shirts. I also wore a pair of jeans and my merino wool socks. Finally I brought a pair of binoculars and a simple fleece beanie in my pockets.

We got to the island by boat, and when we disembarked I suddenly felt the wave of cold air hit me. Thankfully I was fully prepared, well almost over prepared. It turns out that the temperature of the island was 45 degrees Fahrenheit, but the wind made it seem colder. 45 degrees might not be too cold for you, after living in Florida for 8 years I’ve gotten used to the heat.

Out on the island there were thousands of tiny penguins. I was hoping they would be more like the 3-foot emperor penguins, but these magellanic penguins were about a foot tall. My binoculars turned out to be not that helpful, because there were always penguins in sight. Several were actually inches away from the trail that we were confined to. 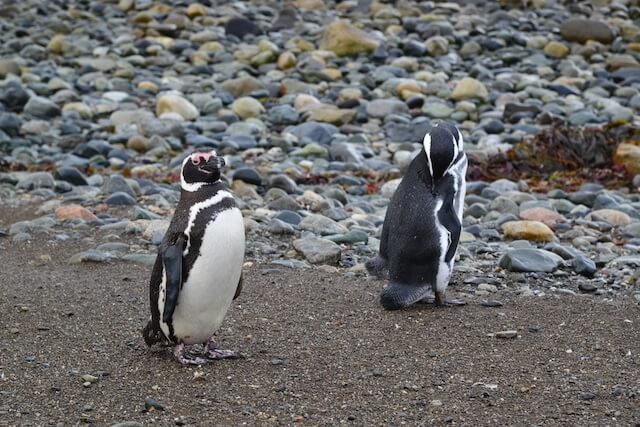 After walking a bit I felt somewhat overdressed, but my face was really cold. I noticed that at least half of the tourists on the island were wearing warm winter hats. That’s when I remembered that I also brought mine.

I’ve always believed the fact about heat loss from your head, but according to WebMD, it’s not true that we lose 80% of our body heat through our heads. Still, it feels a lot warmer to wear a winter hat.

I was really glad that I brought my beanie, and my ears stayed warm during the whole excursion.  I would highly recommend wearing any type of warm winter hat if it’s cold out, even if it is just a simple fleece one.

Do you wear a winter hat when it’s cold? Leave your comment below.