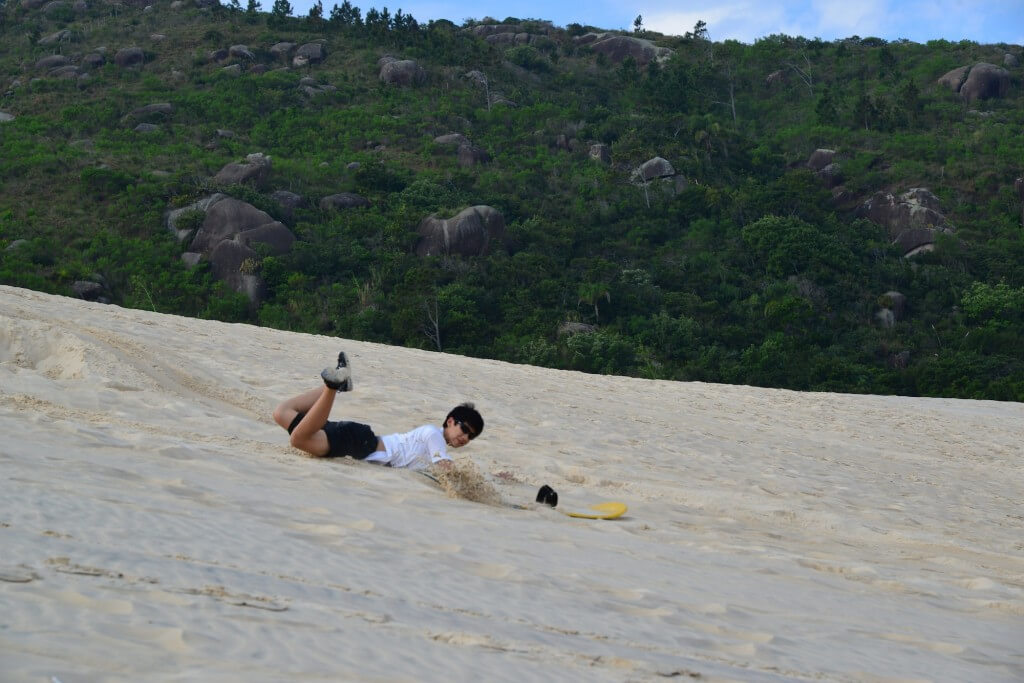 I first saw the dunes of Joaquina Beach when we were touring the island of Florianópolis. Right when I saw that there were boards there for rent, I knew that I had to try sandboarding out. 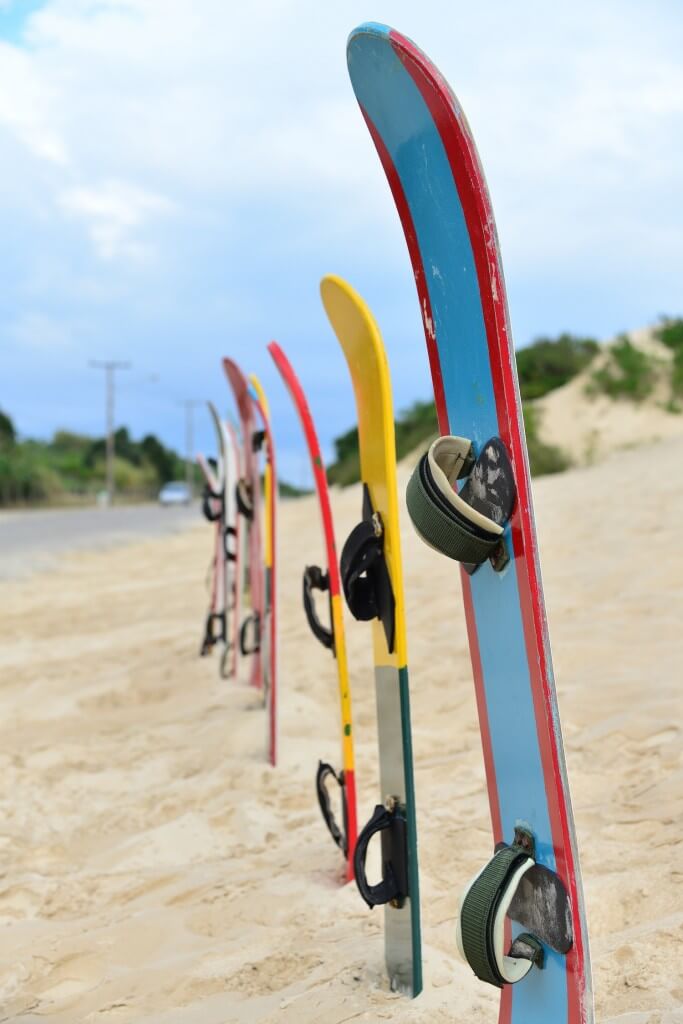 It is possible, and easy, to take a taxi to the dunes. Several locales have told me that the bus system is confusing and not that great, so I opted to take a taxi. I told the taxi driver that I wanted to go to the ‘dunas de areia da Praia da Joaquina’, which means sand dunes of Joaquina Beach.

There were several sandboards in front of the dunes. Across the street, there was a ‘hut’, where the sandboards could be rented.

I’ve searched all over the internet for the exact price for board rental, but every website seemed to tell me different prices. As of 6/12/13, the price to rent a sandboard in the dunes of Joaquina is 20 Brazilian Reals per hour, which is approximately 10 USDs, but I guess that is subject to change.

When I was there, I paid the man in the hut and then he took me across the street and picked a sandboard out for me. Then he waxed it and I was ready to go.

You can read my other blog post for information on My Sandboarding Experience here.

I hope this article helped you if you are planning on sandboarding in Joaquina Beach, Florianópolis, Brazil. Have you ever sandboarded, or do you want to try sandboarding? Leave your comment below.