Zipbuds. They’re earbuds with a cord that can zip up to prevent tangling. And we’ve put them to the test. While most earbuds have generic rubber cords, the Zipbuds have an iconic zippered cord which serves a practical purpose. The earbuds come in neon yellow and black. I’m reviewing the Zipbuds PRO, which has a mic and remote.

The main selling point of the Zipbuds is that they don’t tangle. The zippered cord prevents the cable from bunching up like the Apple earpods do. Normal earbuds tend to tangle seemingly by themselves, but the Zipbuds haven’t tangled whenever I’ve put them in my pocket.

The Zipbuds have an in-ear style which is noise isolating, meaning they act as earplugs and block some outside noise. I’m not an audiophile, however I’ve noticed that the Zipbuds PRO have sound quality comparable to that of the Apple Earpods or the JVC Gumy earbuds. You can feel that there’s a good amount of bass, and everything sounds crisp.

As for the fit of the Zipbuds, they are comfortable to wear for several hours at a time. I have not had any problem with the earbuds falling out.

So far, I’ve tested the Zipbuds out during car rides and they cut down on outside noises, so I’d imagine that they’d do well during flights as well.

Read more: 5 Things To Do During a Flight or Long Bus Ride

I like how the cord of the Zipbuds is wrapped in a polyester-like material which Zipbuds calls ‘military-grade fibers’. The cord feel solid and like something that would last a good amount of time, unlike normal rubber cords. 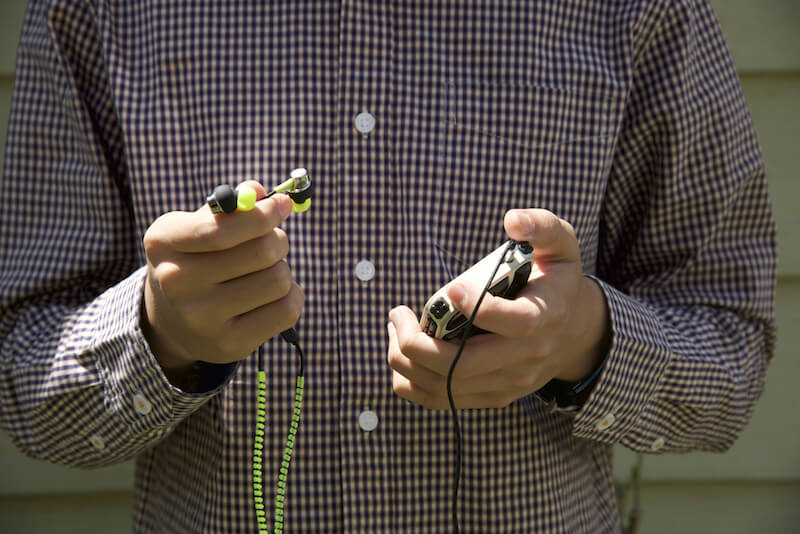 It can feel like you’re wearing a stethoscope when wearing the Zipbuds, because the noise made when the cable rubs against desks or your shirt transfers to your ears. The result is an annoying noise every time you move your head or zip and unzip the cord. Since this is mainly an issue if you are moving around or exercising, I would not recommend the Zipbuds for running.

Another issue that I’ve come across when using the Zipbuds is that the cable is somewhat stiff and heavy. The zipping feature of the cable makes the Zipbuds heavier than normal earbuds. Although the weight difference isn’t significant, it is enough to be felt when wearing the Zipbuds and can be uncomfortable. If they could somehow make the zipper lighter weight, it would be much better for running and overall use. 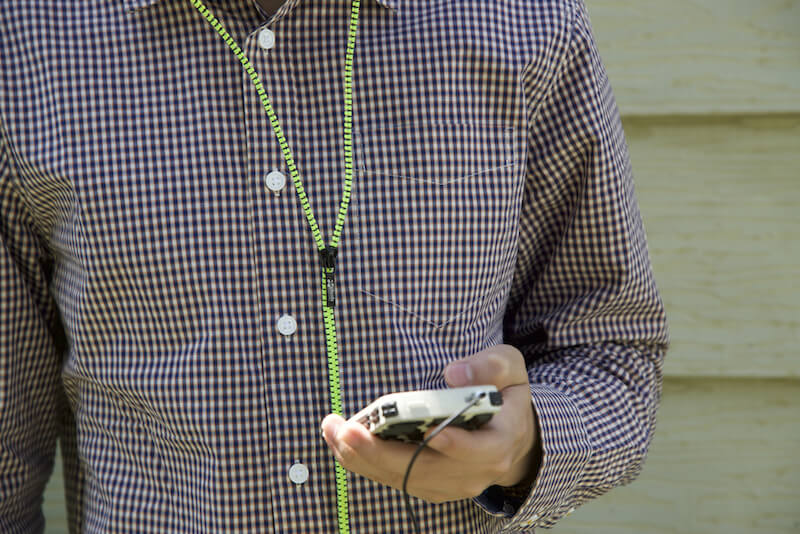 When I first got the Zipbuds, I grabbed the remote located on the right sided cord and started playing with the pause/play/skip button. Then I tried changing the volume with the remote, only to find that there were no volume buttons. The pause/play button and microphone worked great on my iPhone, iPad and computer, however I was disappointed that the remote on the earbuds had no buttons to change the volume. 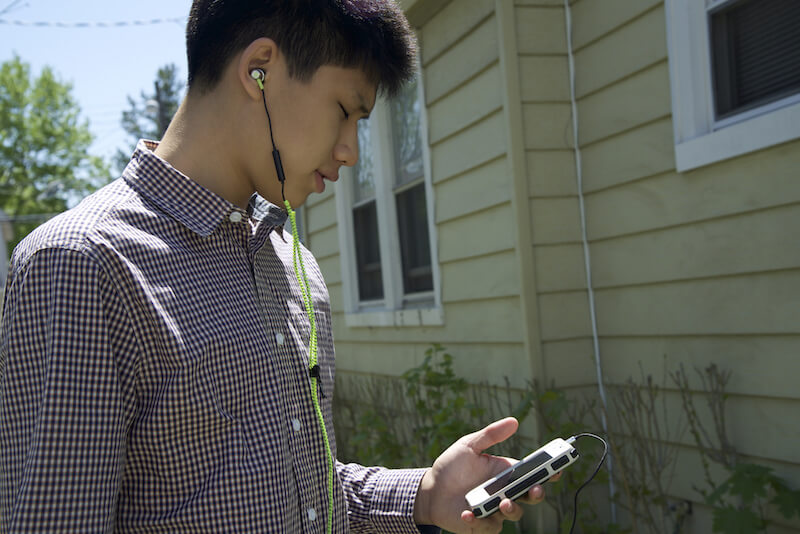 Overall, the Zipbuds are a novel product but not without flaws. The zipping cable prevents tangles, but it adds weight and stiffness to the cable making it less comfortable than it could be. On the positive side, the earbuds have good sound quality and an eye catching design.

The Zipbuds PRO Mic cost retail $39.99, although you can find them for $35 on Amazon.com. The Zipbuds JUICED 2.0, which I haven’t tested cost $24.99, but do not have a mic or pause/play button and other features. The prices of the Zipbuds are reasonable and comparable to other earbuds on the market.

The Zipbuds PRO Mic were provided for this review. As always, this Zipbuds PRO review contains only my honest views and opinions. 🙂